FEBRABAN, the Brazilian  Federation  of Banks, initially announced that from January 2017 onwards all boletos bancários would have to be registered, and that unregistered boletos would no longer be accepted. However, this hard cut off has recently been changed to a gradual implementation in 2017. The switch, which is part of FEBRABAN’s project known as Nova Plataforma de Cobrança (New Billing Platform), aims to improve the security of boleto transactions as well as increasing the level of transparency in the Brazilian banking system. Nearly 3.7 billion boletos are paid per year in Brazil. Given its extensive use, FEBRABAN has made public an updated implementation schedule for registered boleto, which contemplates six implementation waves, starting on July 10 and ending on December 11, 2017.

Implementation schedule for the switch to registered boleto*

The use of registered boletos bancários will gradually be made mandatory depending on the transaction amount. As the average transaction value of the Brazilian e-commerce is around BRL 400.00, the measure obliges most merchants to switch at the very latest in October or November. PagBrasil is already processing registered boletos for all its merchants.

Why the change and what are its impacts?

In recent years, many companies have suffered some type of fraud related to Boleto Bancário. Fraudsters would change the boleto barcode, diverting the payment to their account instead. Unregistered boletos make it hard for merchants to contest the payment not received and retrieve the amount deviated. On the other hand, with the change to register boleto merchants can automatically file an official objection.

Apart from more security, both merchants and consumers benefit from a series of improvements, such as mitigation for fines and late payments’ calculation errors, no need for a duplicate, seamless payment experience for buyers registered in the DDA – Débito Direto Autorizado (Authorized Direct Debit) system or the possibility to pay a boleto bancário at any bank, even after its expiration date.

As part of the implementation schedule, Brazilian banks have already stopped providing unregistered boletos for new merchants and PSPs since June 2015. For that reason, FEBRABAN estimates that nearly 60% of all issued boletos are already registered. One of the main changes affecting merchants is the charge applied by Brazilian banks for registered boletos. Unlike the unregistered version, which only has a charge for paid boletos, a registered boleto can have charges for its issuance, payment and any possible change or cancellation. The good news is that PagBrasil’s clients are benefiting from the same fee structure as before, being charged only for paid boletos. In addition, merchants using PagBrasil’s Boleto Flash® and Boleto Express won’t be required to change any technical implementation as the company already collects all data required to register a boleto. In fact, as of December 1, 2016, all boletos issued by PagBrasil are registered boletos.

Ralf Germer, PagBrasil’s CEO, comments: “Many e-consumers generate multiple boletos for the same product or pay with a different payment method after generating a boleto. This results in 30% to 50% of the issued boletos not being paid in the e-commerce sector. By charging fees only for paid boletos, PagBrasil generates instant savings for merchants compared with the standard pricing model offered by Brazilian banks.” 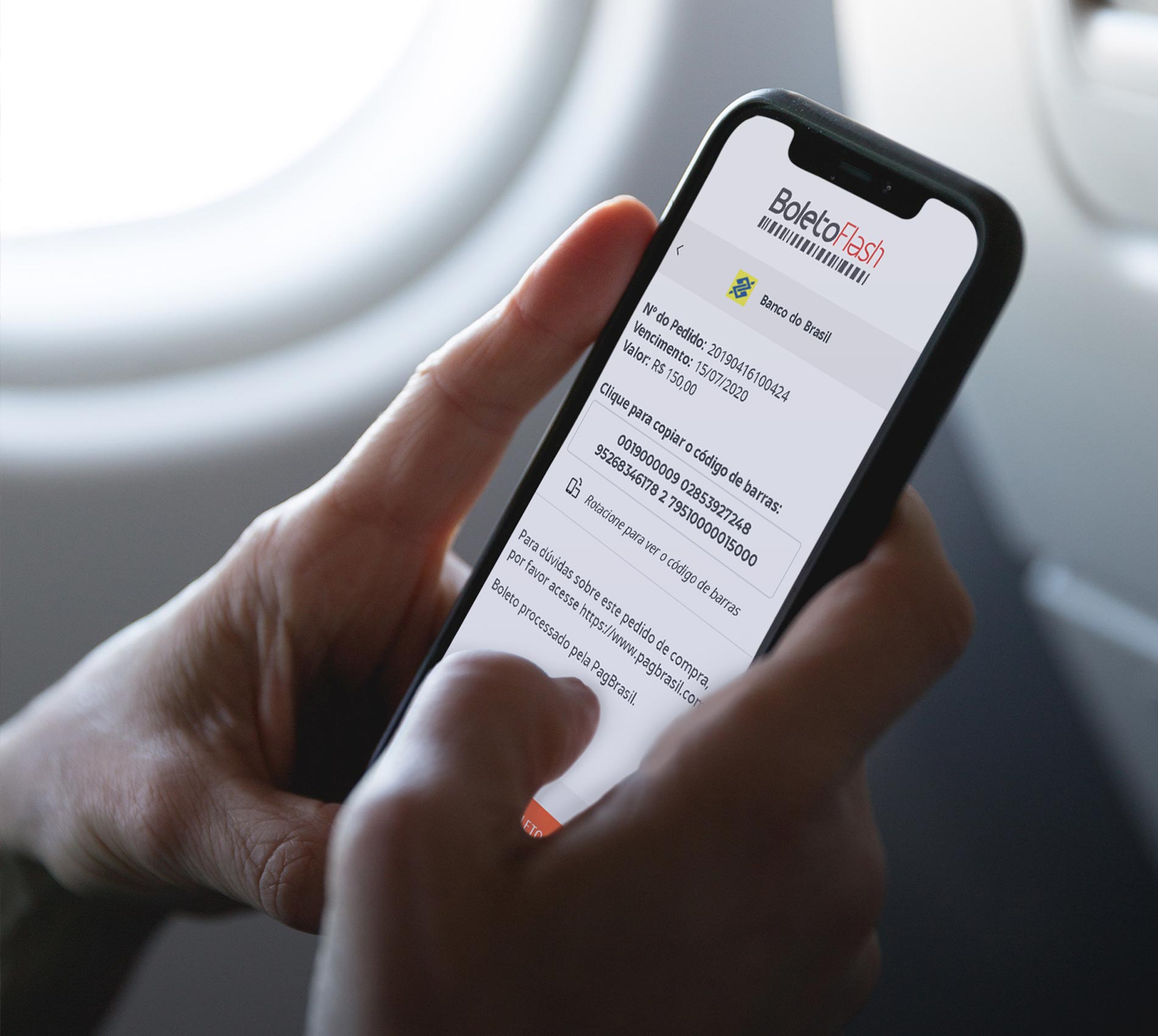